Sailfish Basketball Stands Out for Service on 9-11 Anniversary 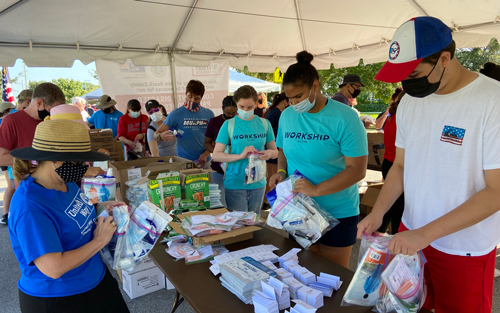 The Sailfish Women’s Basketball team turned out in force to honor the victims of the Sept. 11 terrorist attacks by volunteering Saturday at the United Way of Palm Beach County’s Community Disaster Preparedness Fair.

Watch the University’s Tribute Video: What 9/11 Means to Me

The student-athletes, joined by a few PBA staff members, were among a group of 150 volunteers who assembled 600 preparedness kits for veterans, seniors and families impacted by natural disasters and house fires. The kits included essentials, as well as games to help prepare children for coping with such events. The preparedness fair was Saturday morning at the Greenacres Community Center. 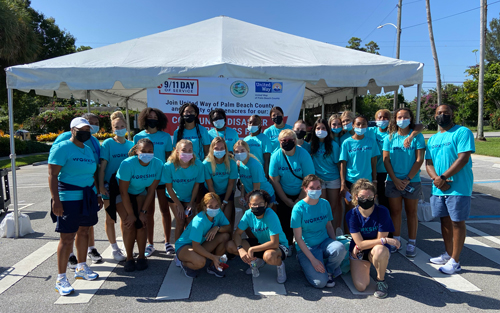 PBA’s involvement came as a result of an ongoing partnership with the United Way, said Director of Workship Nathan Chau.

“It was great that we were able to participate and have more students involved,” he said.

The 9-11 Day of Service was a kickoff to the United Way’s Days of Caring Volunteer Series. The September 11 National Day of Service and Remembrance encourages Americans to volunteer as a way to pay tribute to those killed and injured on Sept. 11, 2001.

Photo 1: Volunteers from PBA assemble disaster preparedness kits for the United Way of Palm Beach County on Sept. 11, 2021 as part of a national day of service to honor the victims of 9/11.